Paula Harris was born and raised in Palmerston North, New Zealand. For some reason she still lives there. She won the 2018 Janet B. McCabe Poetry Prize, the 2018 Geometry | Open Book Poetry Competition and the 1995 Whitireia Poetry Award. Paula was the recipient of the New Zealand Society of Authors’ 2017 Lilian Ida Smith Award (for a writer over 35 years old still working to establish their writing career) and was a writing resident at Vermont Studio Center in October 2018.

Her essays have been published by The Spinoff and in VUP’s Headlands: New Stories of Anxiety anthology.

Paula has performed at a variety of events, including the Live Poets at Don Bank (Sydney), Manukau Festival Month, New Zealand Women’s Studies Conference, East-West Poetry Fest, Violet! Women’s Festival and Palmerston North Poetry Festival Week, and likes to get in front of a mic and an audience whenever she can (for an introvert, she sure likes to perform).

Paula left school at 17, due to boredom. She doesn’t have a degree but has studied poetry at Victoria University’s IIML: Poetry Workshop (with Greg O’Brien) in 1998 and Iowa Poetry Workshop (with Nikola Champlin) in 2016. She also studied poetry with Anna Jackson at Victoria University in 2016 and creative non-fiction with Diane Comer (yes! at Vic Uni) in 2017.

She edited and published Mahinarangi Tocker’s first book of poetry in 2001, and organised and was Head Poetry Princess for The Great Palmy Poetry Giveaway from 2002 to 2007.

Paula has worked as a jeweller’s assistant, a basketball reporter, a library assistant (which she was surprisingly good at), an administrative assistant for a non-profit (which she was very bored at), a volunteer staff member of the Women’s Bookshop, an adult continuing education tutor (in cooking, massage and Pilates), a board secretary (she has a knack for writing up brilliant minutes), a survey worker for the Authors Fund, and an Argentine tango teacher and DJ. As a child she was a car launch girl (for expensive European cars, and so she learnt speeches in various languages while wearing various national costumes), as well as assisting her father in creating award-winning window displays. Paula is a qualified aromatherapist, naturopath and Pilates teacher, and had her own business for twenty years (she won a business award and everything) until depression made working unmanageable. All of which means a lot of random/weird facts, ideas and skills bouncing around in her head. These days writing is her primary time-filler, as well as sleeping, crying and eating dark chocolate (depression is like that).

Actually, yes, I do.

I just always have. I can’t remember a time when I didn’t (although obviously I didn’t before I learnt how to use a pen and form letter shapes).

I don’t know, they just come to me. If they leave me, I feel lost and like I’m no longer me. I hate that feeling.

In January 1986 I was 12 and school had just started for the year when the Space Shuttle Challenger was torn apart by an explosion 73 seconds into its flight.

This was back when we had two TV stations in New Zealand and this was big news – the shuttle launch itself, even before things went wrong – and everyone I knew had been watching the launch. There’d been so much coverage in the lead up. I remember crying for days, as the news showed the moment of the explosion over and over again.

At school we were set the task of writing a poem about Challenger. A week or so later I was called to the principal’s office, and he said that it was a very good poem and he wanted me to submit it to the School Journal, which was the big journal of short stories and poems in New Zealand for school kids, which published work by all sorts of well-known writers.

I submitted the poem. The School Journal said no.

And so began what would later become my life of submitting work and usually have it rejected. But sometimes, just sometimes, having poems accepted.

And no, I don’t have a copy of the Challenger poem. 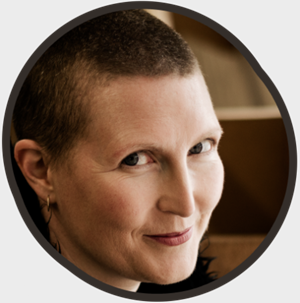 Paula Harris lives in New Zealand, where she writes and sleeps a lot, because that's what depression makes you do. She won the 2018 Janet B. McCabe Poetry Prize and the 2017 Lilian Ida Smith Award.

Her poetry has been published in various journals, including Berfrois, Queen Mob's Teahouse, Barren, SWWIM, Glass, Diode, The Spinoff, Poetry New Zealand Yearbook and Landfall. Her essays have been published in The Spinoff and Headlands: New Stories of Anxiety (Victoria University Press).

She is extremely fond of dark chocolate, shoes and hoarding fabric.